Showreel: Hull homeless community project
Having a Chat Makes a World of Difference

HHCP - Having a Chat Makes a World of Difference

We recently organised a really fun day of shooting for a very worthy cause. The film was for Hull Homeless Community Project, which works tirelessly to prevent people from becoming homeless in the first place, as well as supporting those who find themselves in the situation. 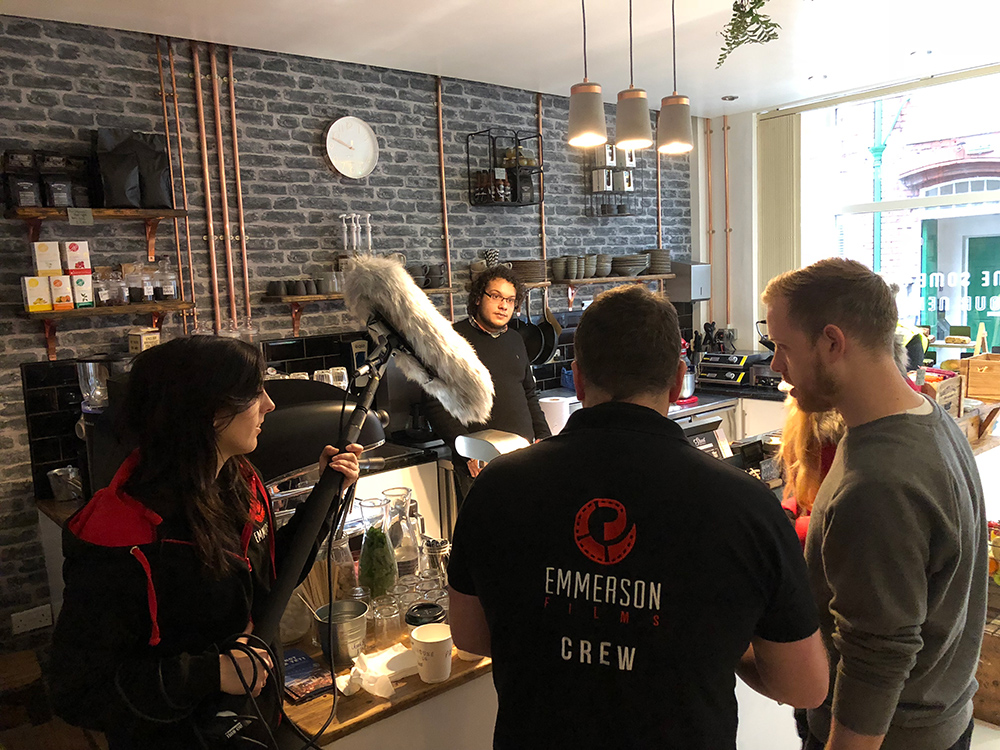 A few weeks prior to filming, Cairn, Andrew and Rich had got together over a coffee to brainstorm ideas. Numerous concepts arose, some of which were poignant whilst others were more lighthearted. By bouncing ideas around and tweaking as they went, the trio came up with the video that you can watch below.

The story is very simple, which adds to its relevance and impact. A homeless man called Tom sits in a doorway, huddled in his sleeping bag. Day after day he’s ignored by passersby, except for a young woman called Pam who buys two coffees, offers one to Tom, and stops for a little chat. We won’t spoil the ending, but we’re very pleased with how it came out and we believe that the uplifting message communicates a strong call to action. 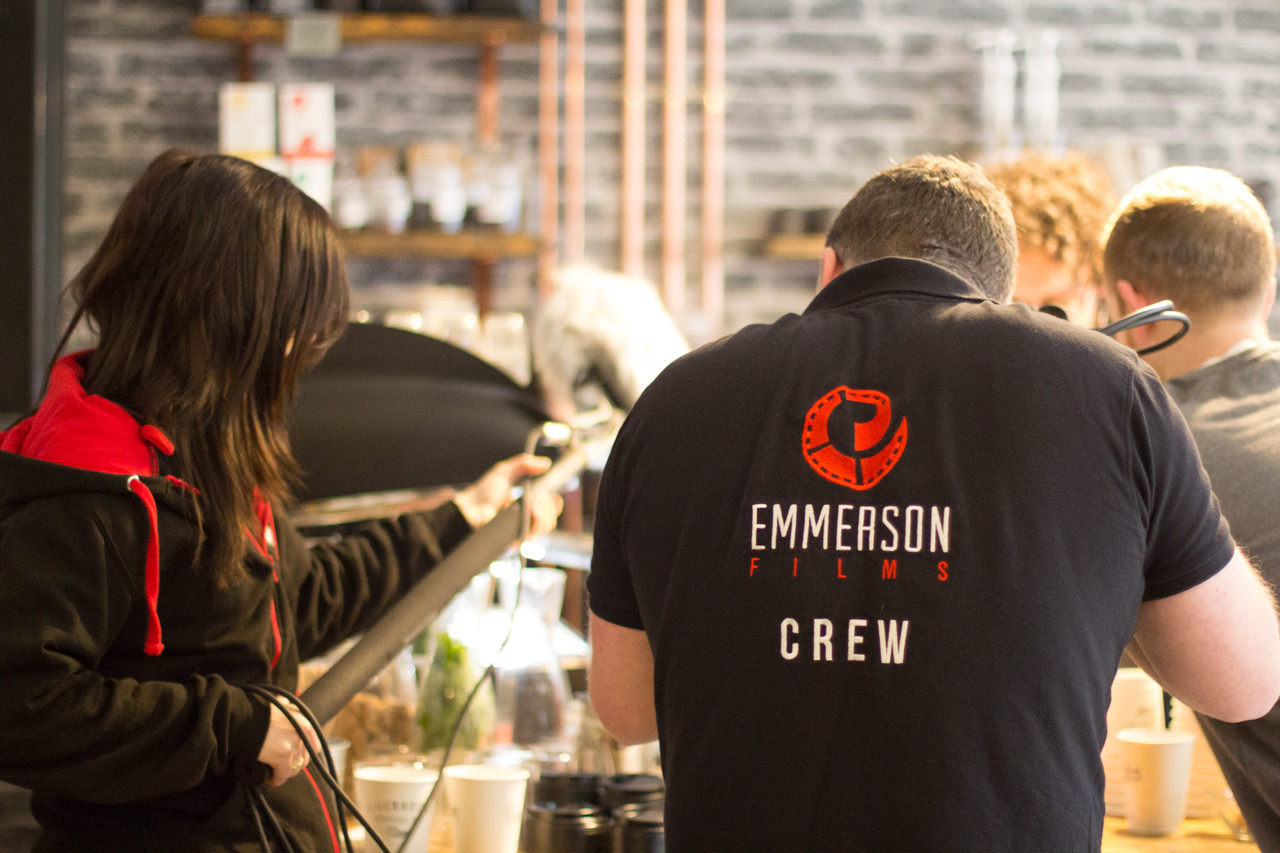 The actors were Oli Strong of The Pub Corner Poets and Amelia Grimes, a Drama student at the University of Hull. This talented duo was wonderful to work with – professional, patient and up for a laugh from start to finish, despite it being a chilly morning in early January.

We’d also like to thank Hull City Council for the film permit, Chris Harrison of Riverhouse Coffee and Shoot the Bull, both on Scale Lane. Chris and his team were hugely supportive from day one, allowing us to film in and outside their premises and even use an electrical socket for our lighting. Everyone involved couldn’t have been more helpful and they played a huge part in making the whole project run smoothly. Make sure to pop in the next time you’re in the area – we highly recommend the soup and sandwiches. 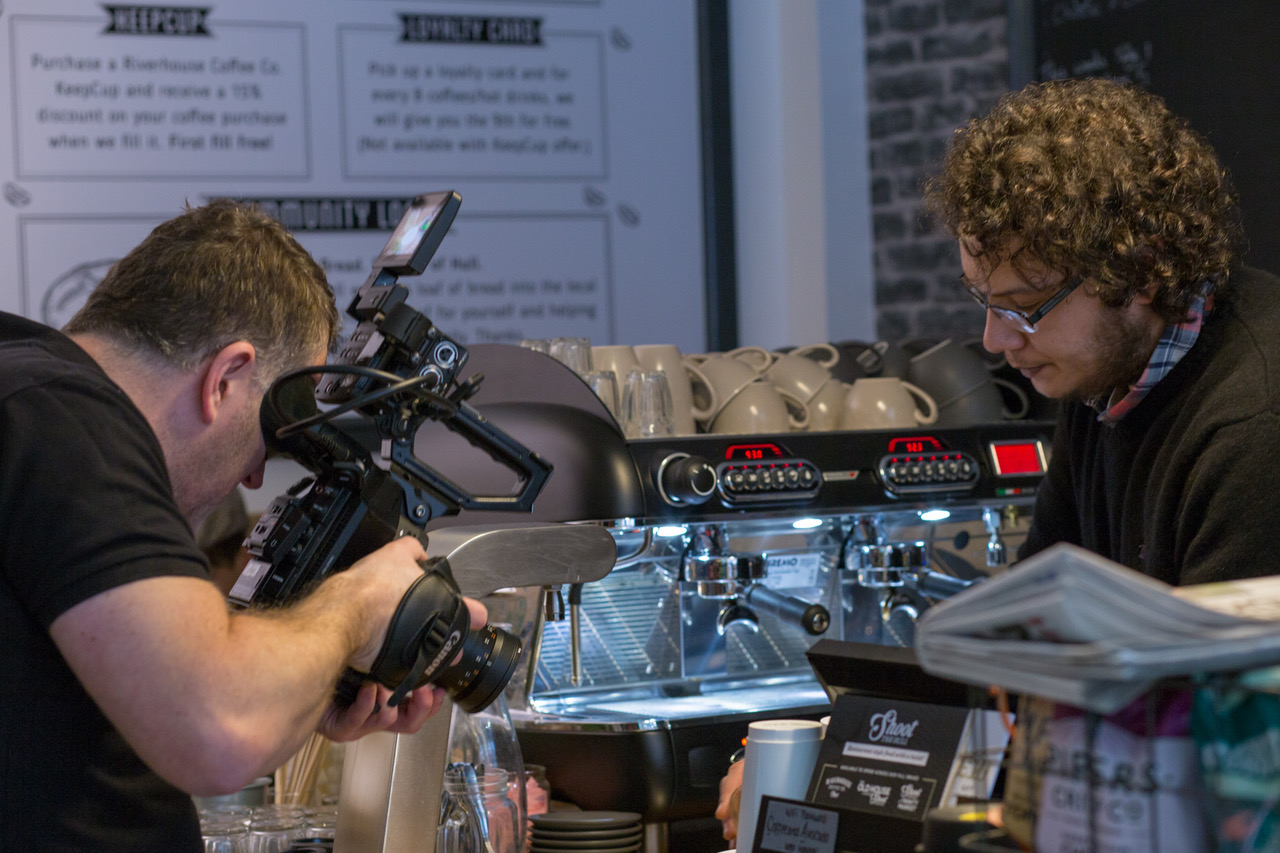 HHCP is a crucial charity and its continued work is dependent upon individuals and businesses donating time, money and resources. If you’d like to get involved in a way that suits your circumstances, call 01482 231278. And remember that the next time you see a homeless person, even just having a quick chat with them can make a world of difference.

Find out more about how our end-to-end creative team creates Brand Stories to effectively share your philosophy and passion with the world.

We are supporting HHCP

QUICK LINKS
Home
About
Process
Brand Stories
Our Films
Contact
CONTACT US
Located in Beverley, East Yorkshire and available for projects UK-wide.
Call us on 07739 181486
Email us at hello@emmersonfilms.com