Emmerson Films was commissioned by Humberside Fire & Rescue to create a short video campaign that raises awareness of mental health within the industry. This would be shown during the organisation’s Wellbeing Conference, so we knew that it needed to be equally concise and impactful. There were many potential approaches to this subject matter that we took into consideration, and in the end agreed that an interview with a member of staff about their personal journey would maximise the relatability of the content.

Meeting up with Nick Tharratt, Head of Service Delivery at Humberside Fire & Rescue, we talked about his experiences and the measures that he has put in place to ensure a happy work-life balance. Known by his colleagues for being a calm and patient person, Nick had suffered bleed on the brain as a result of a snowboarding accident.

Whilst recovering, he succumbed to ups and down, a short temper and an aversion to social environments, which really wasn’t in his nature. Struggling and frustrated, Nick went to the occupational health team, who suggested that he see a counsellor and discuss methods of recovery tailored to his needs and lifestyle. As you can see, Nick has now adopted a set of processes that have allowed him to take back control over his wellbeing. 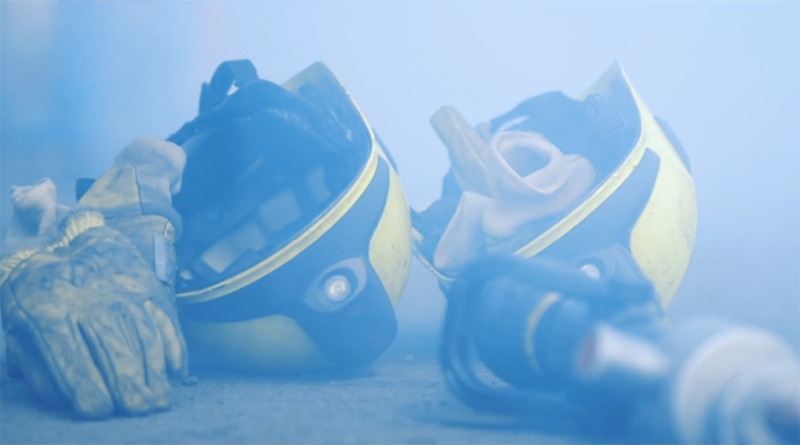 Rather than basing the entire film within offices, we applied our signature style of seeking out a range of visual environments. Working closely with Humberside Fire & Rescue, a trip to a British Steel site in Scunthorpe was organised. It was here that we captured Nick’s preparations and actions as part of his role, overlaid by his insightful observations in regards to how mental health can affect everyday life. The result is a window into one man’s mental health journey, which is both entirely unique and ultimately familiar to us all.

Additional interviews were held with Sam O’Connor, Head of Organisational Development, and Natalie Parkinson, an Organisational Development Advocate. Their contributions to the film further open up how wellbeing is supported within the organisation, ranging from a suicide awareness watch initiative, to one-to-one sessions. This combination of proactive skills building and investing in staff enables a wraparound service, meaning that no one has to suffer a mental health problem alone.

Finishing with snippets of one of Nick’s favourite pastimes, we follow him as he walks his dogs along the grassy banks overlooking the Humber Bridge. The piece closes with an uplifting message from him that we couldn’t agree with more, and which films like this help to establish in the minds of people far and wide.

We are supporting HHCP

QUICK LINKS
Home
About
Process
Brand Stories
Our Films
Contact
CONTACT US
Located in Beverley, East Yorkshire and available for projects UK-wide.
Call us on 07739 181486
Email us at hello@emmersonfilms.com